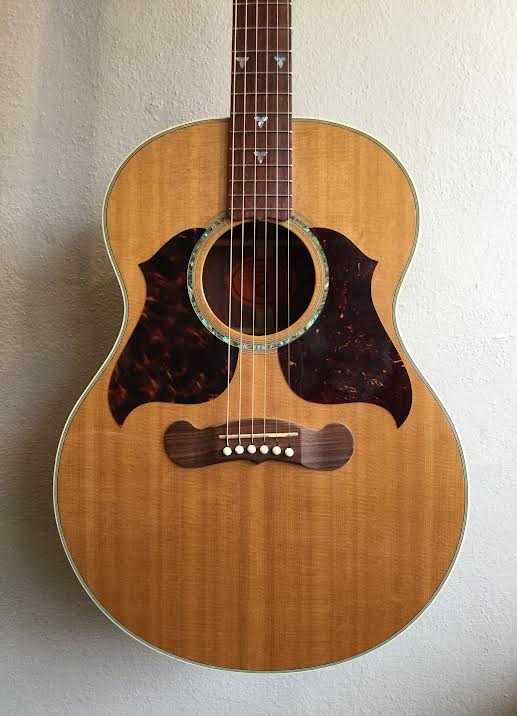 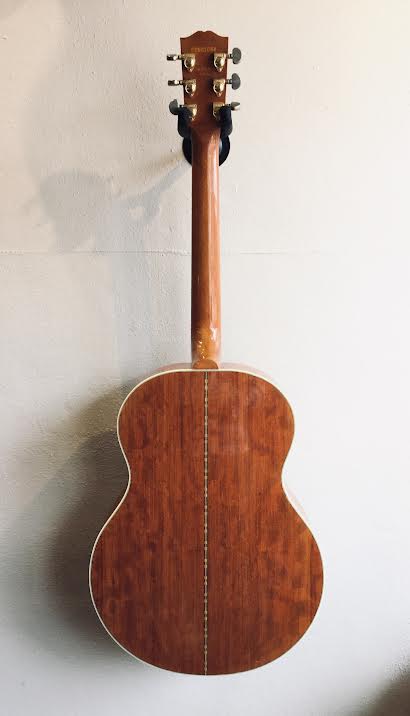 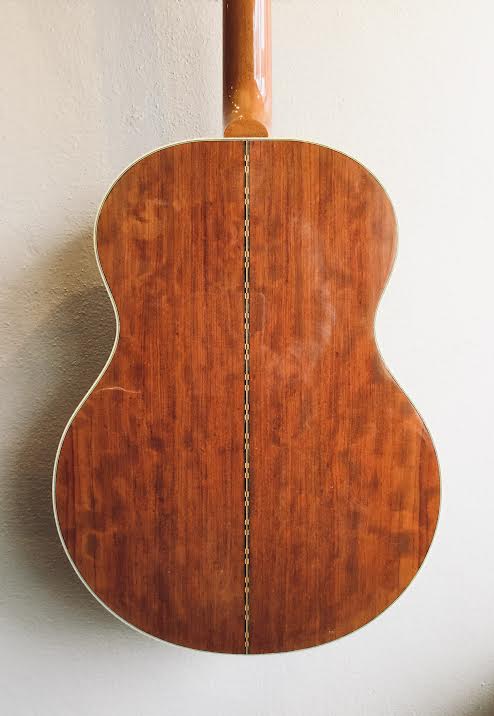 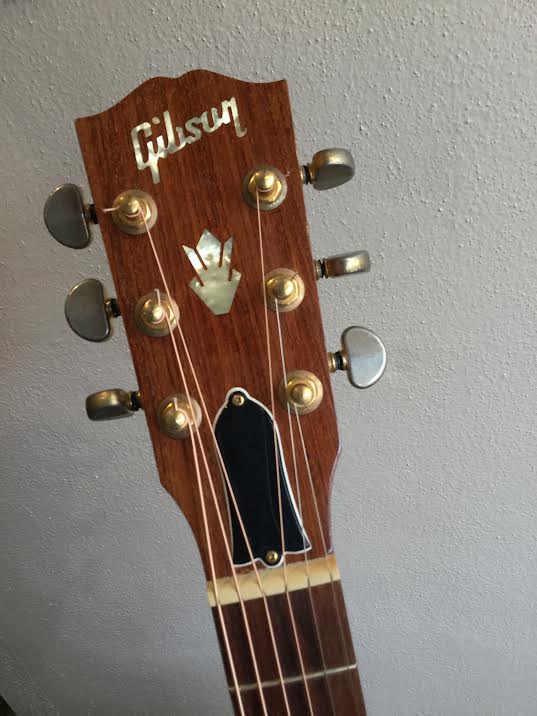 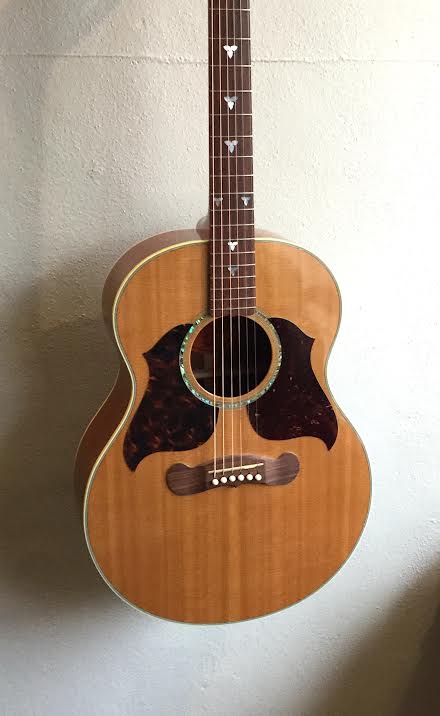 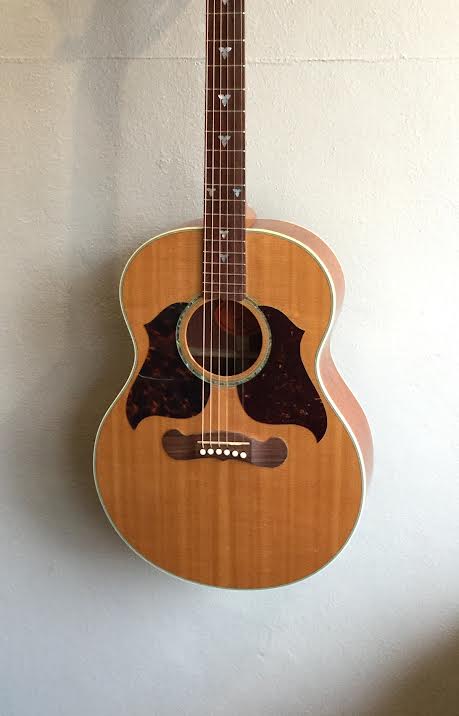 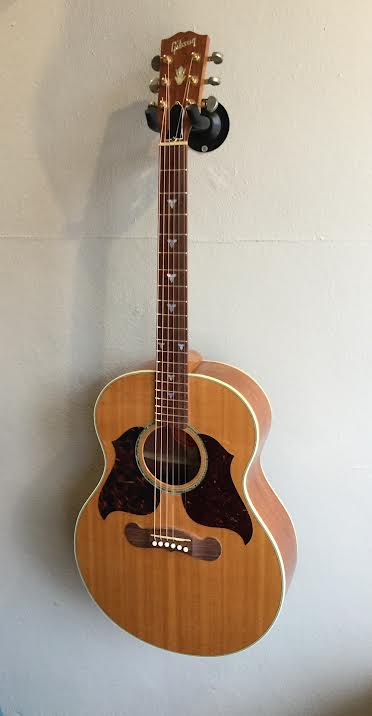 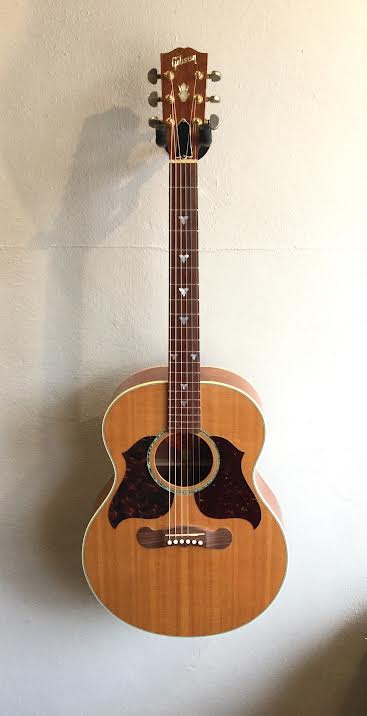 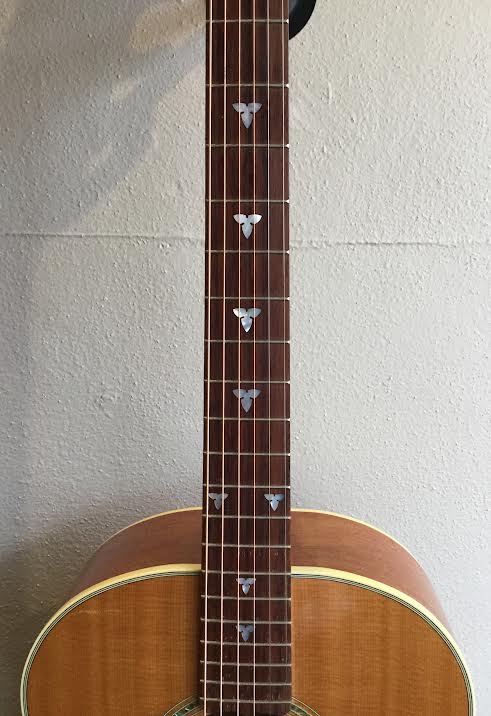 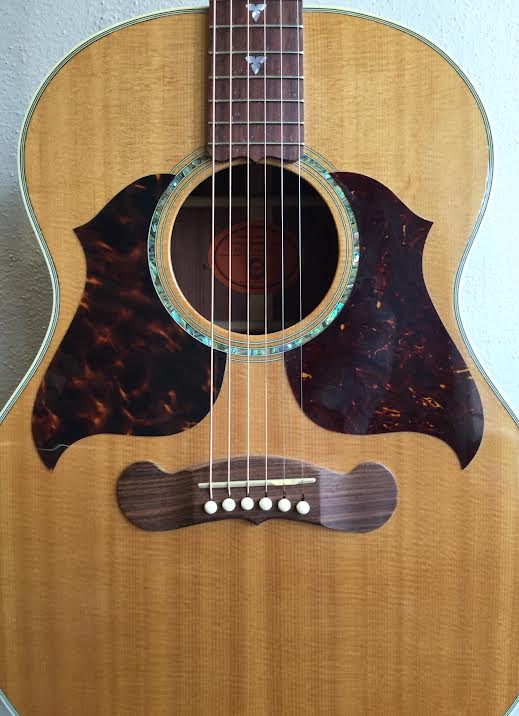 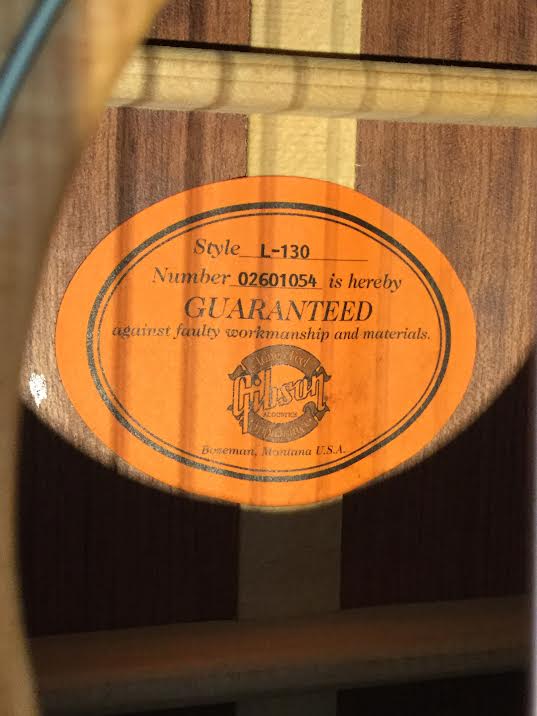 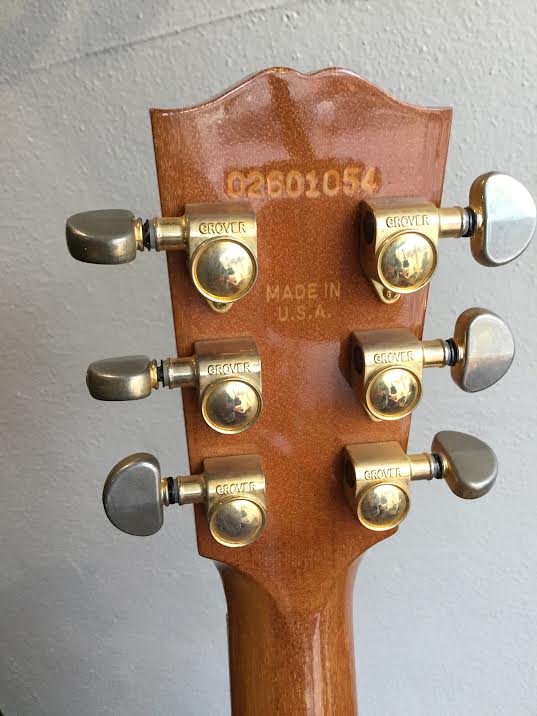 Here's an unusual if not a little quirky guy. Late 90's? early 2000s? Gibson L-130 sort of a concert sized guitar or, slightly larger, with a deep body (4.75" at the butt). A former owner decided if one pickguard was good, then two would be better.

I was worried that the sound might be dampened as a result but it is definitely NOT the case. This little dude has a really sweet defined, clear tone and fingerpicks and flat picks equally well, sounds fantastic.

Has an onboard Fishman Matrix PU system with an end-pin jack input.

I believe this little gem would record very well.

Spruce top with Bubinga back and sides which no doubt is responsible in large part for its' great clarity.

Have been really enjoying having this bugger around and have played it a good deal over the last few days.

Please ask any an all questions and as always, if you are serious ask me for a sound clip.....